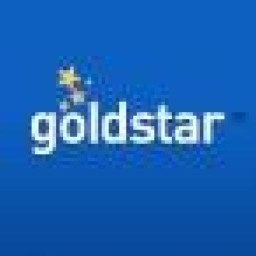 Jim McCarthy is the co-founder and CEO of Goldstar (www.goldstar.com), a company that sells millions of live event tickets to millions of people on behalf of more than 5,000 venues and producers each year. An e-commerce veteran, Jim has spent his entire career in high-growth businesses and likes to share his  knowledge and insight with others. He's the editor and main contributor to SellingOut.com a website for live entertainment and arts marketers. He's the curator and co-founder of TEDxBroadway the sold-out annual event dedicated to the question: "What's the Best Broadway Can Be?" He's spoken at conferences all over the world, including TED, SXSW, INTIX and more. His articles have been in Forbes, Fast Company and Business Insider. About Jim, Bob Lefsetz has said, "Jim McCarthy is smart, he'd win in any world, not only via his brain, but his hard work and dedication." He's the organizer of the Pasadena Entrepreneurs' MasterMind Meetup, which Pasadena Business Now noted, "Jim McCarthy, CEO of Goldstar, discussed his personal philosophy of business and leadership. His stories of humanity and giving brought tears to many eyes and motivated all to do more for more. It was clear to all why Jim's MasterMind groups have a many-month waiting list to learn from him and his vision and insight." Jim is also a very active member on the Board of Directors for Union Station Homeless Services as well as the Pasadena Playhouse. He studied English at Harvard University and received an MBA at UCLA Anderson School of Management. Jim recently earned his black belt in Northern Eagle Claw Kung Fu.   Follow @goldstarjim on Twitter.

If there’s one thing we’re all doing right now, in addition to staying home, it’s asking ourselves a ton of questions that just aren’t answerable at this exact moment. When will this end? What will it be like when we can open?  One other question we’re asking … “What’s the best WE can be right now?” To help answer it, I’d love for you to join us this Wednesday, May 6 at 12:30pm Eastern/9:30am Pacific for an online conversation series. …

What More Can We Do?

The answer is, a lot. The live entertainment industry is made up of the smartest, heartiest, most resilient and creative people. And, we’re going to get through this — together. First, an update. As you know, we mobilized the Goldstar site and audience to support organizations like yours all over the country. We’re still getting hundreds of submissions up, and more important, we’re starting to see donations from our subscribers come in. If you haven’t listed your organization for this, …

Now Is the Time to Support Live Entertainment and Arts

Editor’s Note: Jim sent this message to Goldstar subscribers yesterday. Read on to see how Goldstar is working to help arts organizations during this difficult time. And if you’d like to set up a donation page for your organization here’s the link. If you love live entertainment, arts, plays, concerts, musicals, comedy, and everything in between, now is the time to show it. We’ve spent the last few days rapidly refocusing our efforts to make Goldstar a place where you can donate money to …

We’re Here to Help You Raise Some Money

Starting this week, Goldstar is refocusing our efforts, tools and systems so we can raise donations from our audience for your organization.  As soon as tomorrow, we’ll be sending you information about exactly what you need to do to participate.  For now, the best way to think of this is we’re going to be marketing donations for your organization instead of marketing tickets to your shows. We’re going to use ALL our promotional channels to make a difference. We’re looking …

I never thought I’d say this, but I don’t want you to go out to live entertainment right now. The live entertainment industry is postponing and cancelling shows as a measure to slow the spread of the Coronavirus. It’s a step that makes a lot of sense, and it’s going to continue for a while. There are a few things I want to make sure you know during this time. If you have tickets to a show that is or becomes postponed …

Whatever Happens, We’re Here to Help

As an industry, we’re facing a level of uncertainty over the next few months that doesn’t happen very often. It’s unsettling even for those of us who’ve been in the live entertainment and arts world for a while. But whatever happens, our goal is not just to help your organization and our industry get through this, but to emerge together as strong as possible, ready for the time when people can’t wait to get back out to shows, games and …

Looking for a little #MondayMotivation? We’re pulling out past stories that are still just as relevant today. Here’s a pearl from Jim: My Dear Aunt Sally. I don’t have an Aunt Sally. That was just my way to get you to start reading this before I tell you that I’m going to talk about math … But before you click “back” or shriek in Wicked Witch-like horror when doused with water, know that I majored in English in college! I wrote a …

#MondayMotivation: Invest More in the Things That Drive Results

Looking for a little #MondayMotivation? We’re pulling out past stories that are still just as relevant today. Here’s a pearl from Jim: You Can’t Cut Your Way to Greatness. When businesses and organizations reduce their costs, one of two things happens. Either they stop being able to do something useful that they previously could do, or they stop wasting resources that weren’t doing them any good. Of course, it’s more nuanced than that. Most budget cuts probably do at least a smidgeon …

What We’re Thankful For …

I want to share something with you that I haven’t really shared before. For some reason, Thanksgiving always makes me think about the very early days of Goldstar, and what it was like to get started. It was late 2001, and the world was reeling from the impact of 9/11 and a severe recession. It was the era of the “dot.com” crash. Nobody was starting businesses, and many of my friends in the internet industry were seeking out “safe” jobs …